Dear Sirs, I would feel obliged if you would do something for me. RE: My husband Chas Hughes who is still interned in Frongoch Camp. I wrote you before on the matter and you promised to look up his case. I asssure you he never had anything to do with any movement in Westport that would never excite rebellion or did he ever know of such taking place in Dublin for at least four days after. I am left in a very bad way with a businesss to look after which of course has gone down very much since he was arrested. I will certainly have to close up if he is not released very soon. He is a very delicate man and his health is very much impaired owing to the conditions he has to live under in Frongoch. It will be quite safe to have him released as he will not interfere with the progress of the war. If any person or persons are issuing different reports to what I am telling you it is wrong and done for other motives. Hope you will do something in the matter. 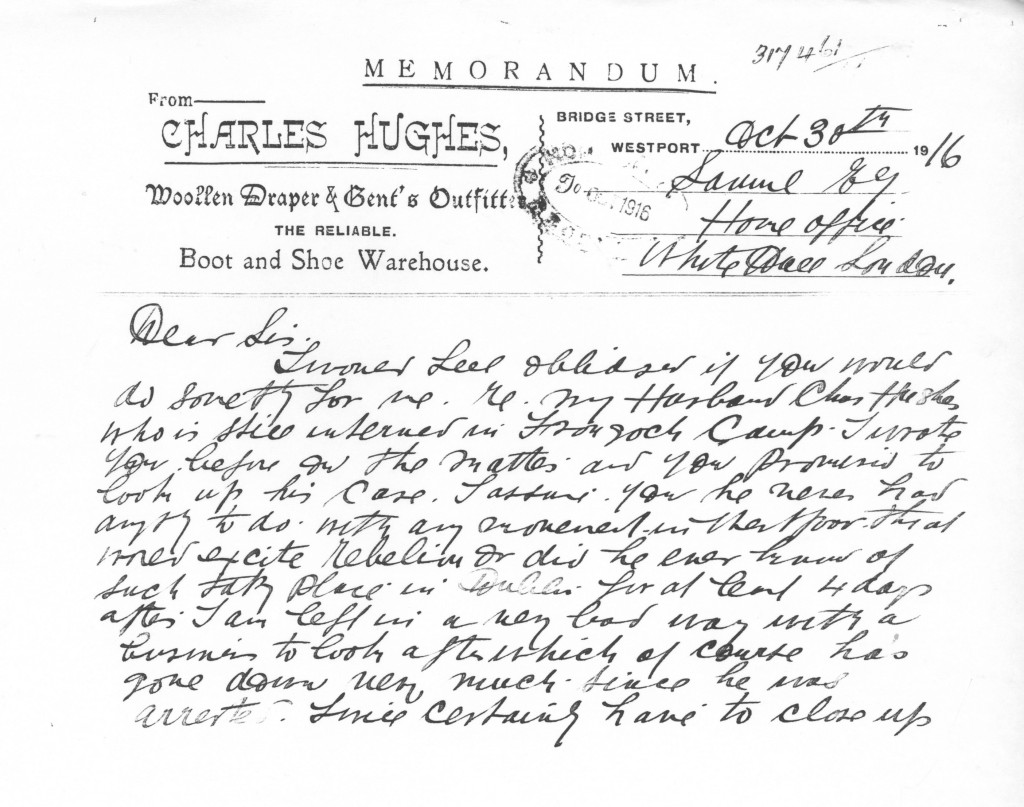 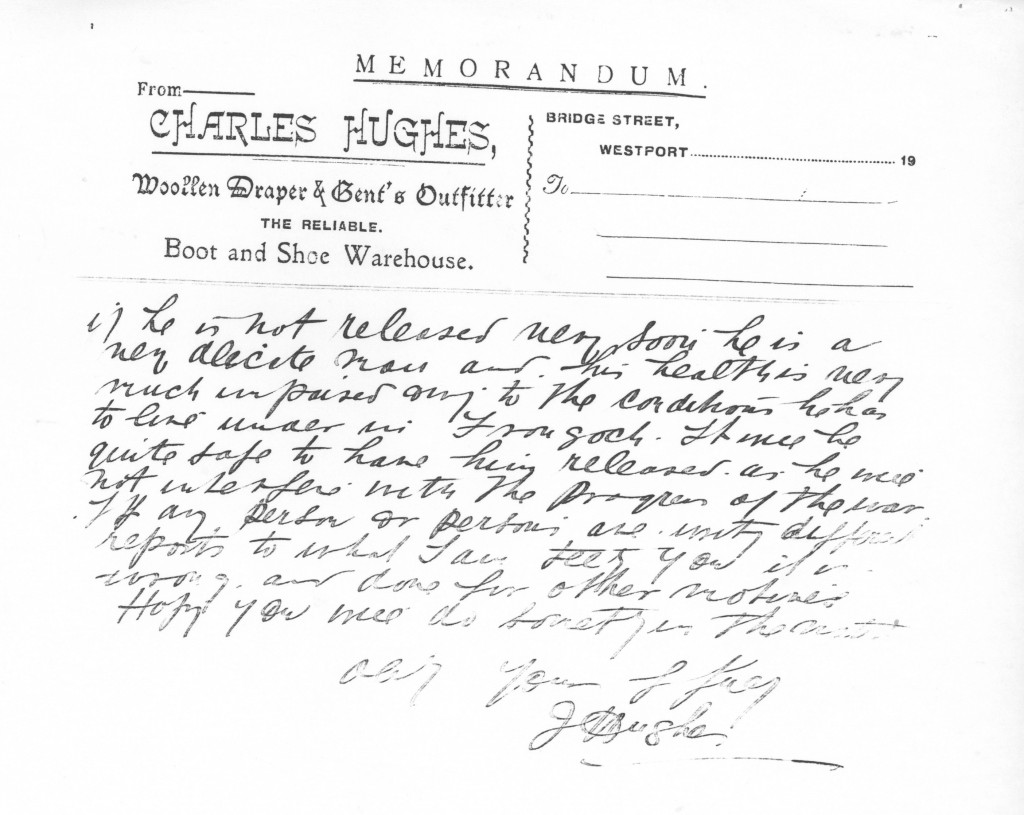