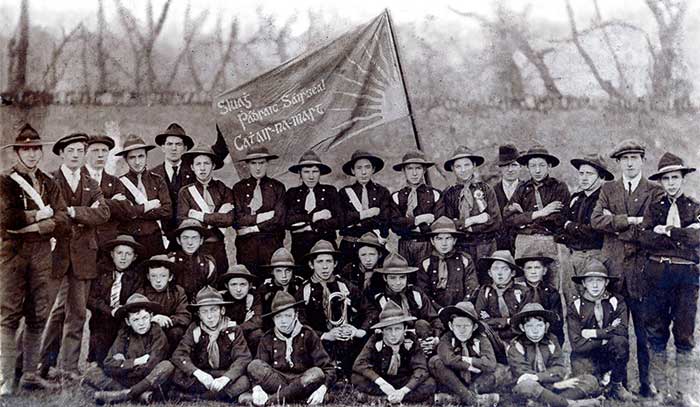 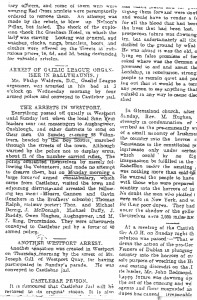 This magnificent photograph was taken in Westport in 1915, one year before the Easter Rising in 1916. The group assembled in Reilly’s meadow, which is now the site of Doctors Rossa and Siobhan Horgan’s medical practice.  The photograph was taken by Mrs. P Walsh, McLoughlin’s Studio, Westport.

The Mayo News recorded in 1966 that “the group marched in full splendour past the local RIC barracks on Easter Monday 1916″.

A few days later three members were arrested, Tom Derrig, Charles Hickey and Eamonn (Edward) Gannon. It is interesting to note that ten members in the photograph were from High Street, Westport.