The Westport area Irish Volunteers and Westport Fianna Éireann were prepared for a national rising during Easter 1916. A few weeks earlier, a large nationalist parade took place in Westport on St. Patrick’s Day 1916. Joseph Mac Bride chaired the meeting. The O’Rahilly and Darrell Figgis addressed the crowd. The O’Rahilly stated that

“the Irish Volunteers were pledged to secure the rights and liberty of the Irish people irrespective of class or creed”. The final speaker Charles Hughes said “let Ireland depend on itself and not on any foreign country and let the men of Ireland arm themselves”. 50 years later Ned Sammon was interviewed for the Mayo News and stated that “they were ready to rise on Easter Monday and were to make an attempt on the RIC barracks and the military posts. They did not get the order to go into action”

On Easter Sunday 1916 the Westport Irish Volunteers and Fianna Eireann had a route march and later that evening has a concert in Westport Town hall. The leader of the Irish Volunteers, Eoin McNeil published a countermand in the Sunday Independent. This scuttled the planned Rising in Westport.

A number of days later, when news of the Rising in Dublin reached Westport, the Volunteers decided to have another route march on Sunday 30th April. The Westport People newspaper reported

“everything passed of quietly in Westport until Sunday last when the local Sinn Féin leaders sent out messengers to Aughagower and Cushlough and the other districts to send in their men. On Sunday evening 98 Volunteers headed by the Boy Scouts, marched through the streets of the town. Although warned by the police not to display arms, about 21 men carried rifles. The police contented themselves by merely following the Volunteers and made no attempt to disarm them, but on Monday morning, a large force of armed constabulary which came from Castlebar, visited the town, and adjoining districts and arrested ten men … they were afterwards conveyed to Castlebar jail by a force of 40 armed police.“

Over a period of 10 days from 2nd May to the 12th May a total of 31 men were arrested and transferred to Castlebar jail. They were then sent from Castlebar to Richmond barracks in Dublin and later moved by cattleship to Wandsworth Detention centre in England and most of the men were then interned in Frongoch Internment camp in North Wales.

Part of the Frongoch camp was originally built as a distillery for Welsh Whiskey in 1889, while the rest of the camp was composed of wooden huts on a field to the north. Very little now survives and the distillery is demolished. The internees  also had classes on everything from Welsh to military strategy and tactics, and Frongoch later become known in Ireland as the ‘University of Revolution’. While in Frongoch, Michael Collins was elected the camp leader by the 1,800 prisoners and became the de facto National leader of Ireland.

The internees were released at different times and the longest serving who had spent 8 months in Frongoch were released on Christmas Eve 1916.

For further information, see the 2016 edition of the Westport Historical journal “Cathair na Mart“.  See the details of the 31 Westport men on another section of this web site. 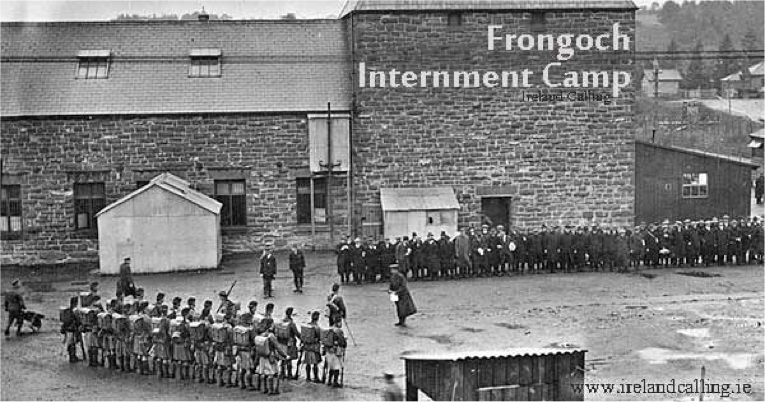 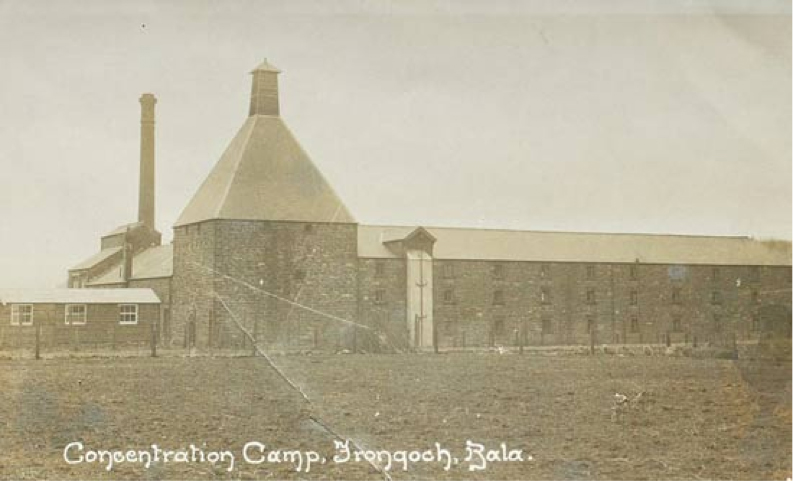