Westport Remembers the MEN of 1916

The rising sun on Easter Sunday morning leapt joyfully in full, brilliant radiance as Westport prepared to stage the County Commemorative Celebrations on the Golden Jubilee of the 1916 Rising. And at Westport Quay the bright, warm sun cast deep shadows of remembrance on the walls of a house where one of Ireland’s great sons and patriots was born – the home of Major John McBride, one of the executed leaders of the 1916 Rising. 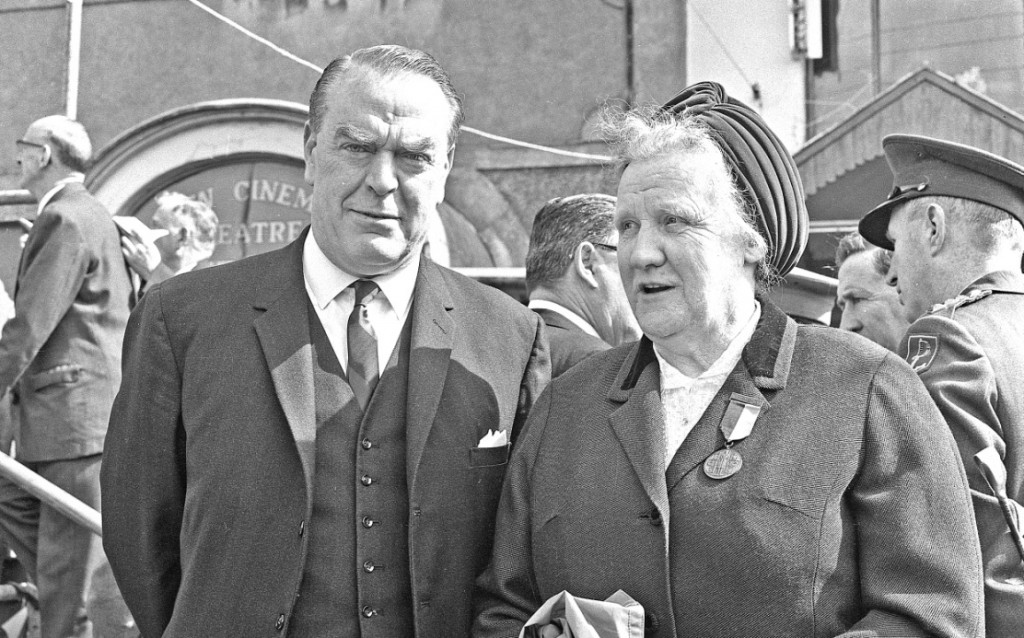 In the hallowed shadow of the house-front a man with tear-tinged eyes walked slowly forward. In his hands he held a wreath – in his heart a deep memory, a deep sorrow and yet, a deep joy. With ceremonial reverence he gently placed the wreath on the window directly below a simple bronze wall-plaque – the Major John McBride Memorial Plaque. The time was 10.30 a.m. – the man was Mr. Charles Gavan, Mill Street, Westport, one of the surviving internees of 1916. And watching the impressive ceremony was a son of the great man being honoured – Mr. Sean McBride, S.C., Secretary-General of the International Commission of Jurists.

This simple ceremony marked the opening of one of the most glorious days in the history of Westport and Mayo – a day of remembrance and celebrations.

A hush fell over the large attendance as a Guard of Honour of “A” Company (Westport) F.C.A. under Lieut. T. Duffy (Louisburgh) rendered honours. Then the mournful tone of “The Last Post” was sounded on trumpet by Lieut. C. Kelly, Westport. A brief silence and then the awakening call of “Reveille” was sounded.

Westport was en-fete for the memorable occasion with festoons of bunting, flags, etc. The Tricolour was proudly flown from countless private premises.

The Minister for Social Welfare, Mr. Kevin Boland, T.D., and Mr and Mrs Seán McBride, as well as many visiting dignitaries, attended a special Solemn Votive Mass in St. Mary’s Church, Westport at 11.30 a.m. The Mass, including the gospel and sermon (by Rev. M. Tobin, C.C.) was in Irish. A Guard of Honour of Westport F.C.A. personnel, under Capt. Paddy Hoban and a Colour Party, under Lieut. Martin Curry, rendered honours during the Elevation.

At 12.30 p.m. the Minister inspected a Guard of Honour drawn from “A” Company at the saluting base and reviewing platform outside the Town Hall at the Octagon. The Guard was under the command of Lieut. T. Duffy and Company Pennant Bearer was Lieut. P. J. Hastings (Drummin).

During the above ceremony the mass parade had assembled at various points converging onto the North Mall. The Foxford Band (under their conductor, Mr. L. Sheridan, B.Mus.), led off the parade from the starting point. Heading the parade was the Colour Party under Lieut. Martin Curry who had as armed escort, N.C.O’s Oliver Moran and Eamonn Grady.

Then came, in the place of honour, the Old I.R.A. unit, a strong body of proud men marching behind the decorative Pearse Banner. It can be stated, without fear of contradiction, that this unit of the parade received the warmest applause of all as it passed over the route. The men in the ranks belied their years as they marched with military bearing and uplifted proud faces.

Behind them came an equally-proud unit – Cumann na mBan- women who played no small part in the fight for freedom. Their banner was proudly held aloft by Mrs. John Malone, High Street, Westport and Mrs. James Chambers, Castlebar.

Comdt. Peadar Kilroy (Newport) O.C. of “A” Company headed the main body of troops on parade. He was accompanied by Capt. P. Hoban at the head of “A” Company (Westport) F.C.A. A platoon from the 5th Motor Squadron (Castlebar) headed by Capt. J. Ryan and Lieut. J. Ainsworth and Lieut. T. McFadden, completed the leading Company.

The second Company of troops was under Comdt. M. Loughnanne and was comprised of Platoons from “D” Company and “C” Company.

The remainder of Group 1 of the parade was comprised of National ex-service men, former L.D.F., L.S.F. and F.C.A. personnel; members of Westport U.D.C., Mayo Co. Council and Ballina and Castlebar U.D.C., and other local authorities in the county; Members of the I.N.T.O. with Mr. R. Quinn, N.T. (Westport) and Mr. James Daly N.T. (Castlebar) bearing the banner.

Group 2 of the parade was headed by the Castlebar Brass Band and was comprised of a G.A.A. unit representative of Mayo G.A.A. Board, West Mayo Board and G.A.A. Clubs in the county. Close behind came the Westport United F.C. unit and Westport Rugby F.C. members. Members of other athletic clubs in the county completed the group.

Then came Group 4 of the mass parade with the Culleens Band heading the attractively uniformed Order of Malta unit of personnel from many parts of the county. They were followed by Civil Defence members and the very impressive Fire Brigades unit with firemen in dress uniform marching behind tenders from Westport, Castlebar, Ballina, Kiltimagh and Swinford. Behind this colourful assembly came the pupils of Westport C.B.S and Convent of Mercy.

The final group of the parade was a splendid and proud one for it comprised in the main of Louisburgh people led by their own newly-formed Boys’ band in colourful costume. The Louisbugh group was representative of all clubs and organisations in the Louisburgh parish. Members of the general public completed the parade.

A novel item in the parade was “The Fiver”, a Baby Austin car of 1916 vintage which as driven by its owner, Mr. Tommie Moran, Mill Street, Westport. (He bought it for £5 some years ago-hence its name).

The entire parade route, and particularly vantage points, was thronged with onlookers, many of whom were armed with cameras to capture the historic parade on film.

Having moved from the Post Office Mall via the Fairgreen into Mill Street, the parade entered Shop Street and past the reviewing base at the Octagon where the salute was taken by Mr. Kevin Boland, T.D., Minister for Social Welfare. Completing the parade route over James Street, Church Mall, Bridge Street, and Shop Street, the entire parade assembled at the Octagon in front of the platform. So great, however, was the number on parade that large sections had to be accommodated in adjoining streets.

During the March Past, Westport Brass Band, under their conductor, that grand old man of music, Mr. Peter McConville, rendered martial music. 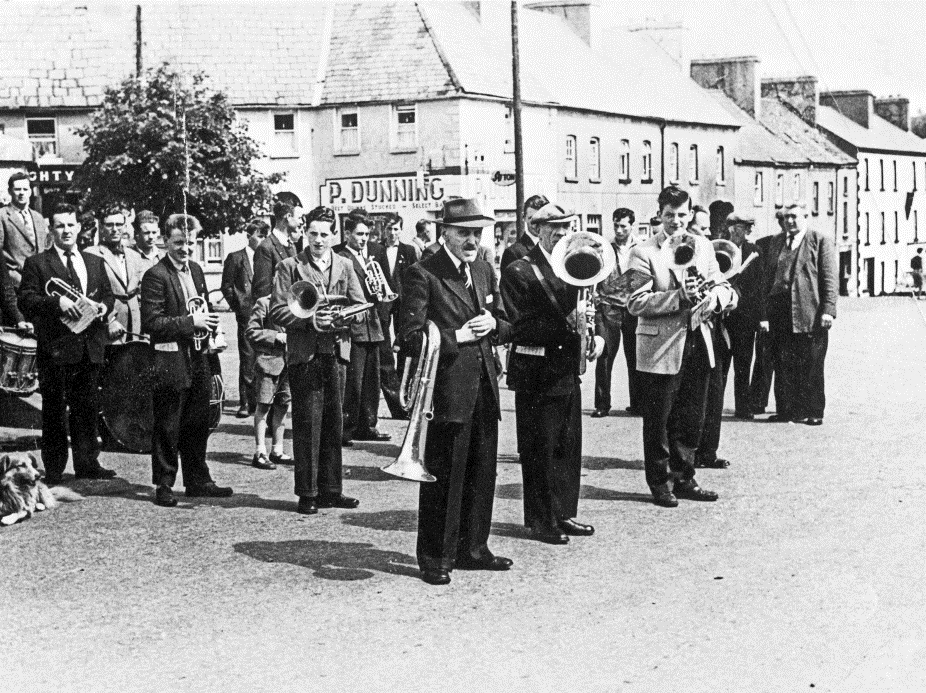 “We are assembled here to-day to honour the memory of that small but gallant band of Irishmen and women who on Easter Monday, 1916, enshrined for us their vision of a free Ireland in the Proclamation read by the Commander-in-Chief, Padraic Pearse, from the steps of the G.P.O. and who sealed that Charter of Liberty with their courage and lives in the weeks that followed. They made their sacrifice so that all Irishmen irrespective of racial origin, creed or class would be free. The ceremonies which take place here in a short while are intended to symbolise what happened at the G.P.O. when it was entered on Easter Monday. The ceremonies in general are in honour of the 1916 Rising and in a particular way, in this county and town, in honour of Major John MacBride, who was the fifth to be executed of the fourteen leaders executed in Dublin after the Rising.

On behalf of Coiste Cuimhneacháin Mhuigheo, 1916, and the Westport Branch thereof, I take this opportunity of welcoming Mr. Caoimhin O Beoláin, T.D., Aire Leasa Shoisialaigh as representative of the Government. I also welcome Mr. Sean MacBride, son of Major MacBride and Secretary General of the International Commission of Jurists, together with the members of the MacBride families of Westport. I welcome and thank for their presence here Very Rev. Fr. Cummins, Very Reverend Archdeacon Blennerhassett and Reverend Brother Manning as representatives of their communities. We are honoured in having here with us on the platform a handful of surviving members of Mayo 1916 Irish Volunteer Internees.

I want to thank every organisation within the county, who so willingly co-operated in making this historic occasion the success that it has been. I want to say a special word of thanks to the Press of the County which, by its informed publicity, has honoured the occasion in the best traditions of Irish National Journalism. Finally, I appeal to the Mayo organisations represented here, to the people of the country at home and abroad, for their co-operation in ensuring that the people of Mayo will erect a fitting memorial to our soldier-patriot-countryman, Major John MacBride, in this his native town.

This is the time for serious reflection on the implications of the Proclamation. May we all live to see its ideals become a reality.

Following the reading of the 1916 Proclamation in Irish (by Mr. Hughes) and in English (by Mr. Stephen Walsh, Jnr., grandson of the late Thaddeus Walsh, Mill St., Westport, an internee of 1916), a drum roll sounded as Lieut. Michael Gormley, Westport (assisted by Sergeant Cecil Adams), hoisted the Tricolour to full mast, then lowered it to half-mast for the “Last Post” call. The Tricolour was then raised to full-mast and “Reveille” was sounded. Then Westport Brass Band rendered the National Anthem. During the above ceremony all troops on parade presented arms.

At 2.30 p.m. a special reception dinner was held in Hotel Clew Bay, Westport, for the members of the platform party.

This account appeared in The Mayo News of Saturday 16th April 1966. 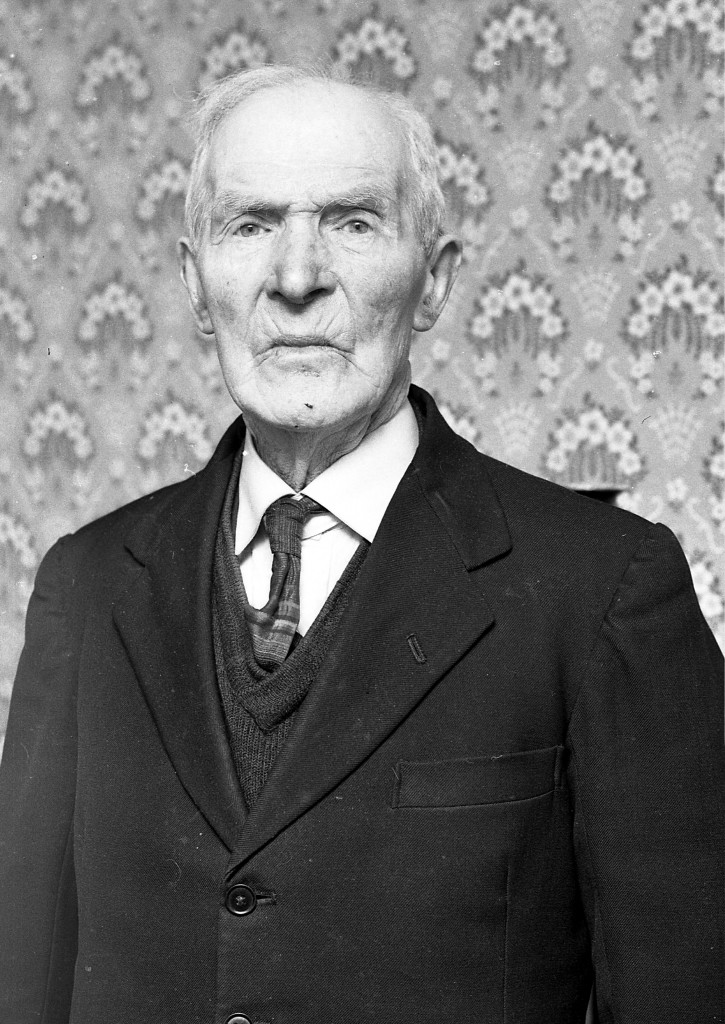 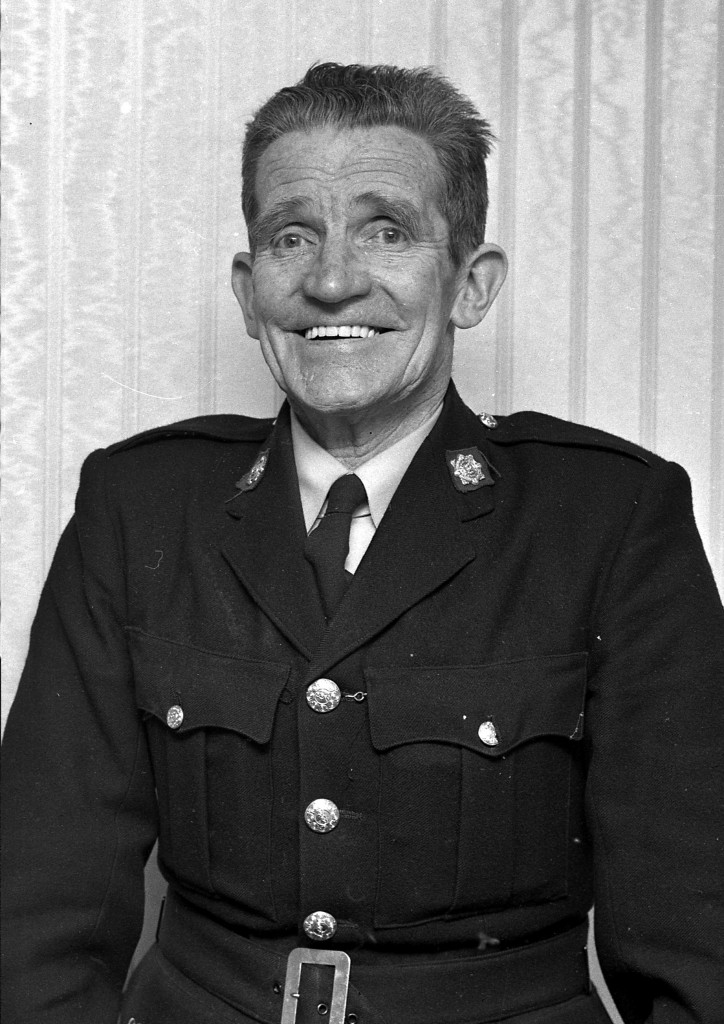 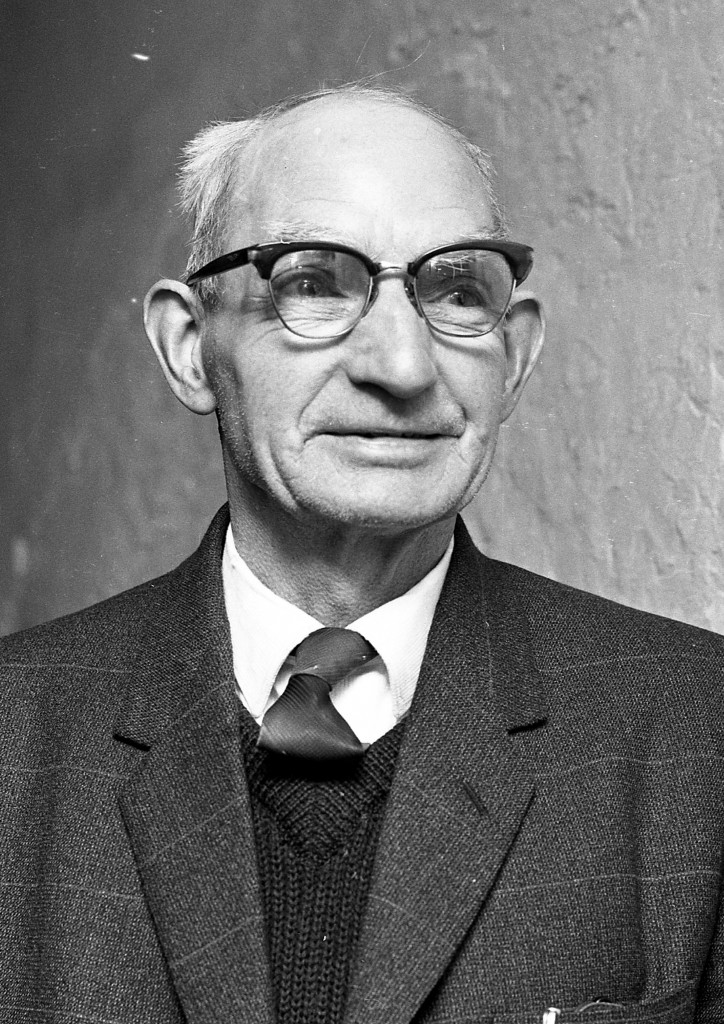 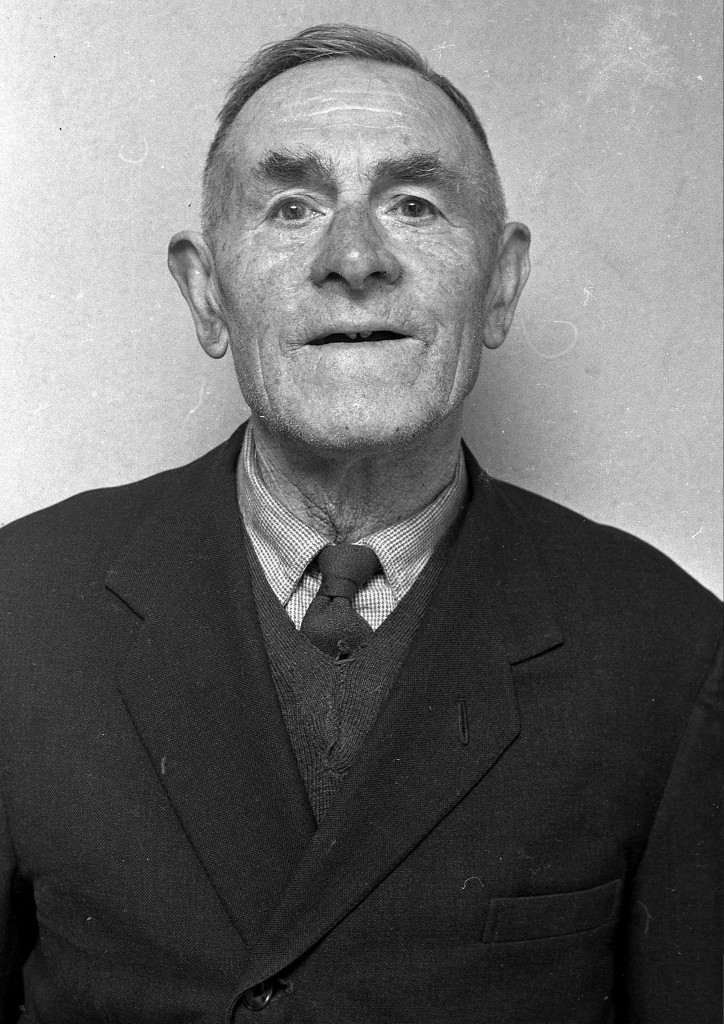 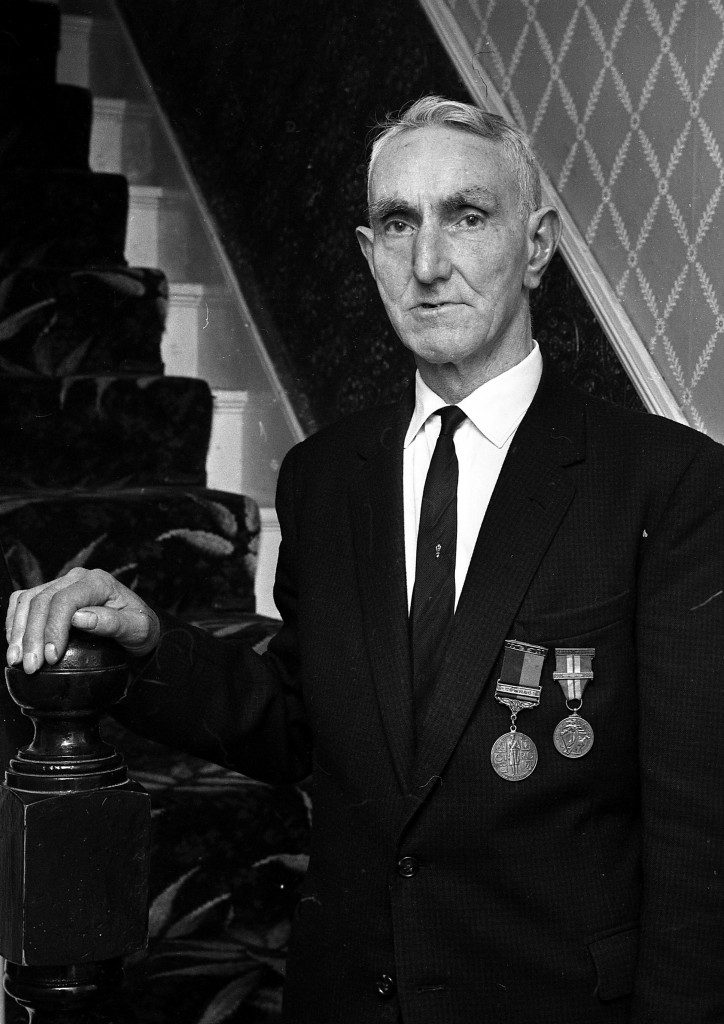 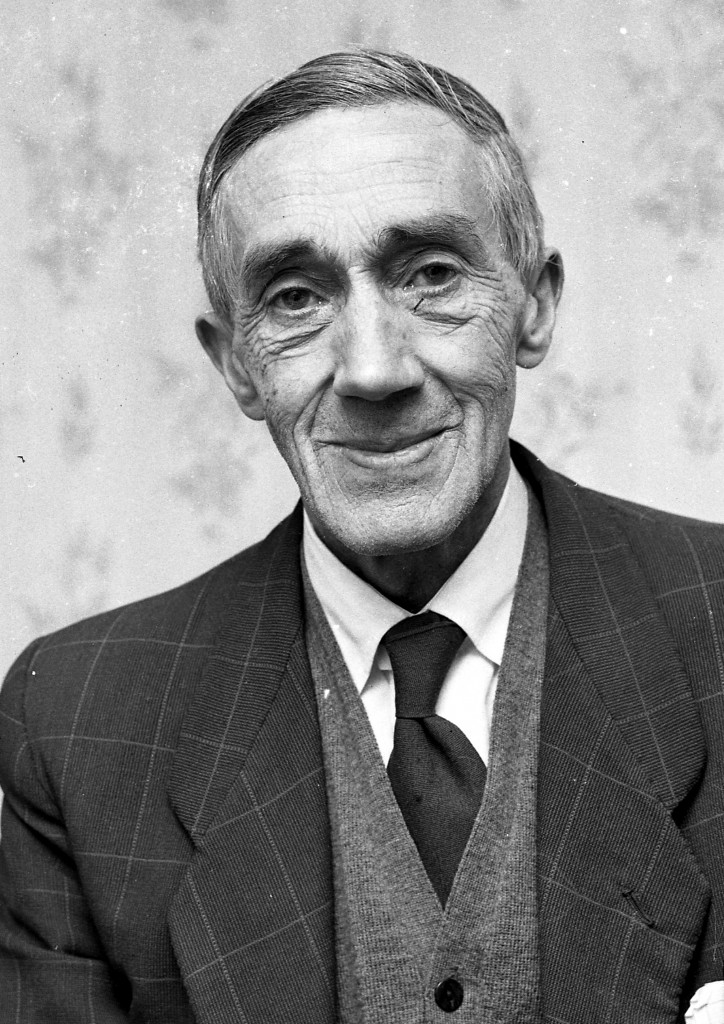