I am sending two more prisoners Darrel Figgis and P.J. Doris to Dublin. Both these men are well known and are looked upon as dangerous Sinn Féiners. Doris belongs to Westport and Figgis belongs to Achill.

Three of the worst leaders have already been sent to Dublin namely Charles Hughes, Joseph McBride and Joseph Gill. These three, together with Figgis and Doris are the most dangerous Sinn Féiners in Westport district.

It is considered most desirable by all those in authority in the District that an example should be made of these men. 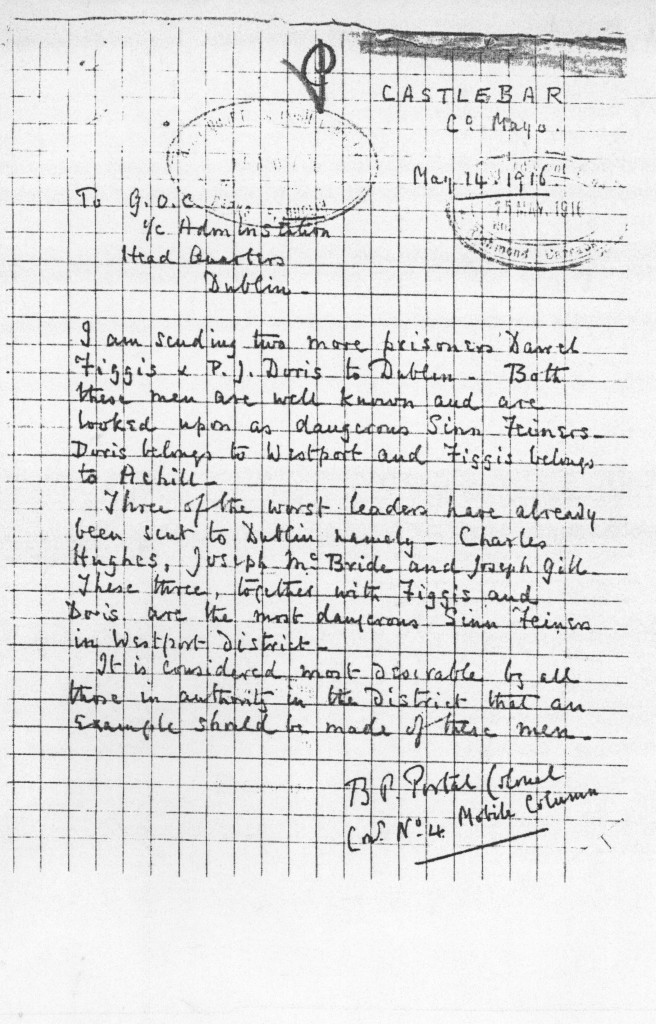