Commemorative plaque to Major John MacBride on his birthplace at the Quay,

Westport, on 4 August 1963. This house is now the premises known as 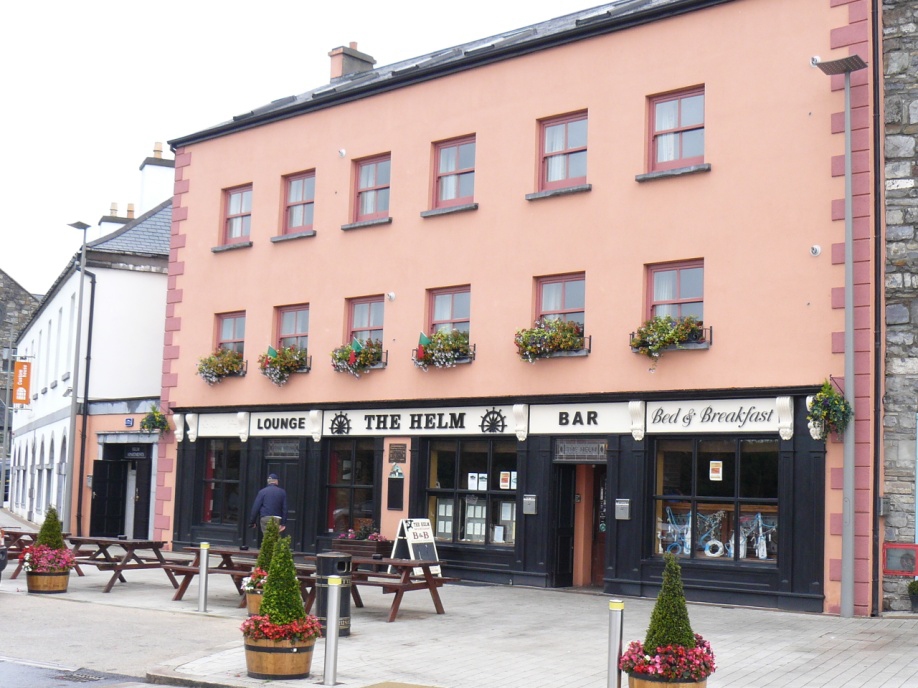 It is said that there is an island in Clew Bay for every day of the year. That may be so but for John MacBride there was one island in particular: Island More. His mother’s people came from Island More. She was Honoria Gill: a truly remarkable woman, forceful, kind, but always masterful. She married a ship’s Captain from the Glens of Antrim, Patrick MacBride. Storms seldom delayed his ship.

Capt. MacBride died shortly after John’s birth in 1868, and Honoria had the task of rearing John and his four elder brothers and of running the family business at the Quay. But she was one of those capable, forceful women which the West produces.

In those days Westport Quay was a thriving port. The Gills, and the Kellys from the islands ran ships to the Americas; there were regular sailings to Scottish ports and the masts of four-master sailing ships and the Glasgow and Liverpool steamers intermingled in the fairway leading to the Quay. Sailing in and out of the islands was the summer pastime of the young MacBrides.

There was a strong Fenian tradition in the Gill family. James Stephens, the Fenian, was a friend. Martin Gallagher who married a Gill was the Head Centre of the Fenians in Mayo; he made a spectacular escape to America and later took part in the Fenian invasion of Canada in 1870.

It is against this background of sails and of the Fenian tradition in the West that John MacBride grew up. He became a friend of John O’Leary. From 1893 he was regarded by the British Authorities as a ‘dangerous nationalist’ and was constantly shadowed by detectives wherever he went in Ireland.

In May 1896 he went to the Transvaal where he organised the Irish in Johannesburg and Pretoria. Back in Ireland the following year, he organised the West of Ireland Famine Relief Fund. The Boer War was threatening and in 1898 he founded the Transvaal ’98 Association. He then set about organising the Transvaal Irish Brigade in 1899. Much of the preparatory work had to be done abroad, in France and America. It is difficult to realise at this distance of time what the organisation of a military unit involved at that period and in those circumstances. Much of the work had to be done underground. He was commissioned with the rank of Major and given Boer citizenship by President Kruger. He led the Irish Brigade in the notable action of the Tugela River at which several pieces of British artillery were captured. It was on this occasion that he accepted the surrender of Colonel Buller and his forces. That local military victory was short lived.

Meanwhile, in Ireland, despite the unceasing efforts of John O’Leary, Willie Rooney, Arthur Griffith, Maud Gonne, Dr. Anthony MacBride and a small band, the cause of Irish Republicanism was at low ebb. The British Empire was at the zenith of its power. In October 1899 Michael Davitt made his memorable speech resigning from the British House of Commons: ‘I have been some five years in this House and the conclusion with which I leave it, is that no cause, however just, will find support; no wrong, however pressing or apparent, will find redress here unless backed up by force. This is the message I shall take back from this assembly to my sons.’

In an effort to rally national sentiment behind the Republican cause, the Central Council of the Irish Republican Brotherhood decided to put forward Major MacBride as a candidate at a bye-election in South Mayo in February 1900. He was then leading the Irish Brigade in Transvaal. He was bitterly opposed by the United Irish League. His election campaign was led by Arthur Griffith, John O’Leary, Willie Rooney, Dr. Mark Ryan, and Joseph MacBride. It was a turbulent bye-election and he was defeated by a substantial majority. This was a bitter blow to the Fenian cause and must have been very disheartening to Major MacBride and the Irish Brigade.

After the defeat of Cronje, the Boer forces were compelled to retreat to the Transvaal. Gradually the Irish Brigade was forced back to the Portuguese frontiers. After various adventures Major MacBride reached France once again. In a message to Irish papers in February 1903 from Paris he said: ‘The Almighty never meant Ireland to be governed by Britain. I would dearly love to deal with the English in their own country as I did when I was fighting with the Boers – and maybe, I will one day.’

He married Maud Gonne in 1903 and their son Seán was born in 1904. Back in Ireland he was an active member of the I.R.B. and a frequent speaker at National functions.

Of all the leaders of the 1916 Rising, he probably better than any of the other leaders knew what faced him. As a military man, he knew there was no hope of success; as an implacable foe of British rule in Ireland, he knew there would be no mercy shown to him. With Thomas McDonagh he was in charge of the Republican forces in Jacob’s Factory. Captured and sentenced to death, he was executed on 5th May 1916. He asked not to be blindfolded, adding, ‘I am used to looking down the barrels of British guns.’

Major MacBride’s brother Joseph, who had campaigned so hard for him, was returned unopposed as the Sinn Féin candidate for South Mayo in 1918 and represented South Mayo until his death. 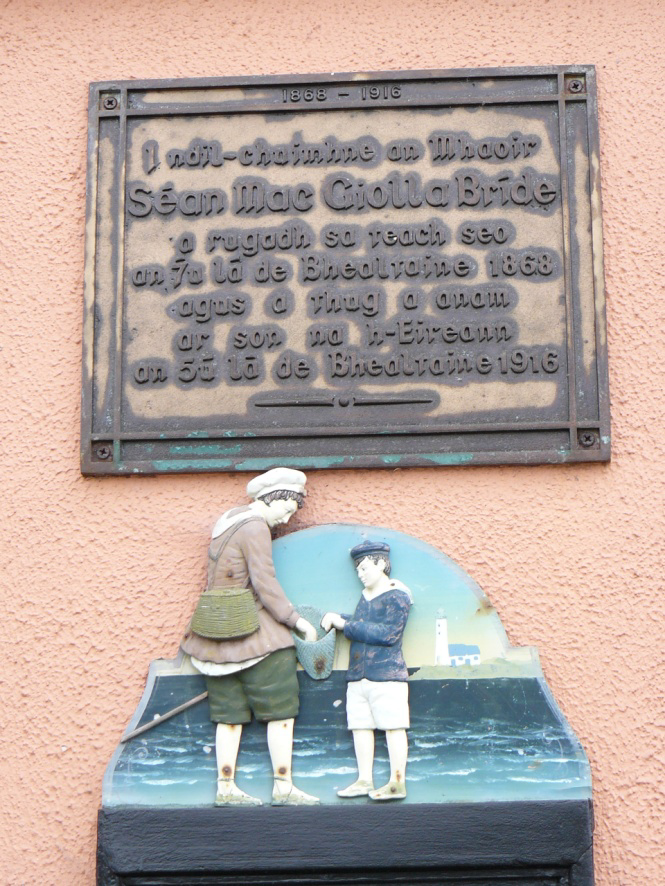